Climate change is increasing the risk of floods in many regions around the world. Rivers burst their banks, mountain streams with little water become raging torrents and thus flash floods, mountain slopes dissolve into mudslides, hurricane-force winds lead to storm surge near the shore. These are different scenarios of a flood:

In planning a warning system, it is therefore necessary to distinguish between the different types of flood. Floods caused by rivers overflowing their banks are usually predictable. The levels rise slowly and allow the population to be prepared. The flood-prone zone depends on the topography and is usually known or can be delimited in simulation scenarios.

Population protection is more difficult during flash floods. They occur when the ground can no longer absorb large amounts of water, usually due to heavy rainfall. In mountainous terrain, a flood wave develops that seeks its way uncontrollably down into the valley, often carrying soil with it. The high velocity of the flow and the sediment it often contains have great mechanical forces. Flash floods are difficult to predict and can occur away from flowing water. Mudslides have the same cause. Reliable population protection is much more challenging here.

Storm surges are confined to coastal areas. According to Munich Re, they harbor huge loss potentials and have claimed the highest number of lives in the past. However, population protection concepts can prepare well for possible storm surges by making appropriate forecasts.

Sirens as a central component of the flood warning system

Sirens are the warning tool of choice and indispensable alongside digital warning tools such as warning apps or cell broadcast. With their alarm, they take over the wake-up function and thus prompt the population to inform themselves. Due to predefined signal tones, the triggering can take place within seconds. The siren warning does not require the active cooperation or readiness to receive of the population.

Requirements for a siren warning system:

How does a flood warning system work

Warning systems today are digital, networked concepts. If the readings from sensors exceed a critical mark and there is a threat of high water, flooding or inundation, siren alarms are triggered and the warning chain is set in motion. People then receive further information on how to get to safety via media such as apps, TV, radio or even voice announcements from the siren. 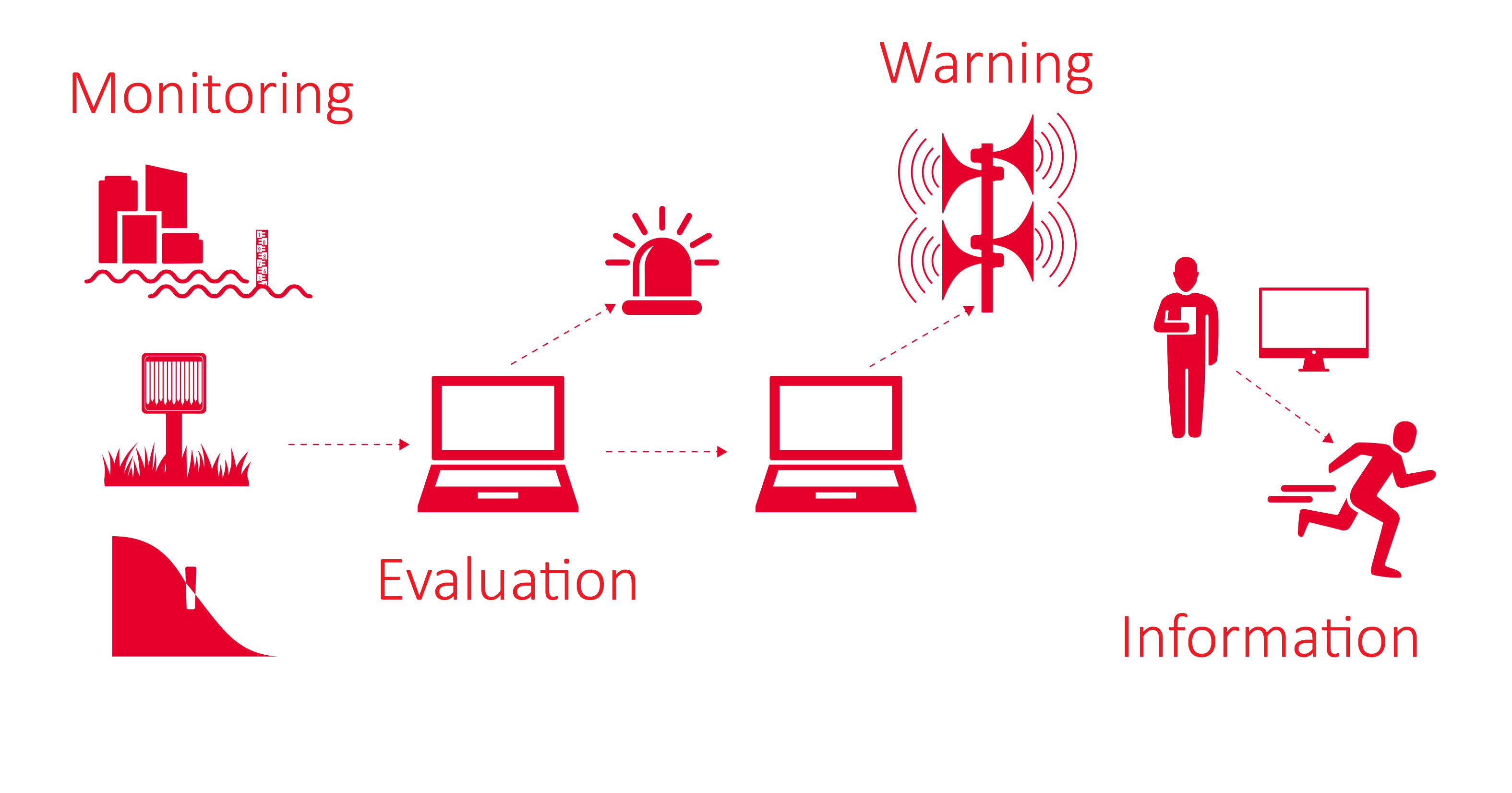